I’ve never been so happy that a project is complete.

Since I heard about #MondayMending from the lovely and talented Evelyn Wood on YouTube, I’ve been picking a piece of mending or refashioning off the pile each Monday and doing one or two pomodoros on it.

About three weeks ago I got around to resizing a pair of Brooks Brothers pants that my husband, Eric, found at an outlet about five years ago. The pants are teal with white embroidered birds on them. He really loves their uniqueness and has been missing these happy birds since he lost weight two years ago and couldn’t wear them anymore.

Everything about these pants was too big — the waist, the butt, the legs. My plan was to rip open the inseam and crotch, make some adjustments and then sew it back together. Sounds so simple, doesn’t it? Well it wasn’t.

First, I ripped open the inseam with a seam ripper. This went as expected. 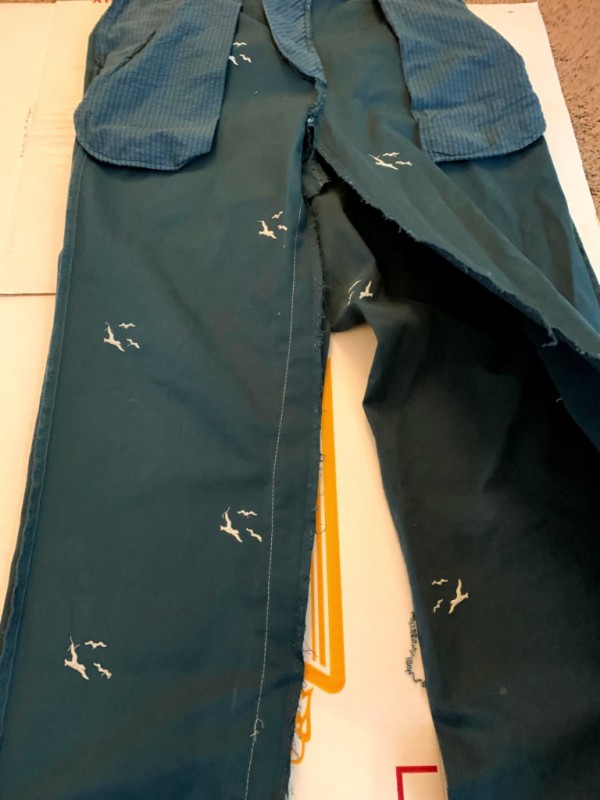 Next, I separated the waistband from the back of the pants, and then seam-ripped down the back crotch. The crotch was actually glued together and had many lines of stitching. If anyone wonders why ready-to-wear pants don’t rip in the crotch but me-mades do, this is why: They use industrial glue and heavy-duty thread to keep this area from tearing when you sit down.

I tore the fabric in several places while negotiating the glue, but I was going to stitch them up way inside this so I wasn’t too worried.

I staystitched the legs about 1.5″ inside the old seam and had Eric try them on. I marked the crotch the best I could and we were making a lot of jokes at this point. Three weeks later when I was still fitting the crotch, it wasn’t as funny. 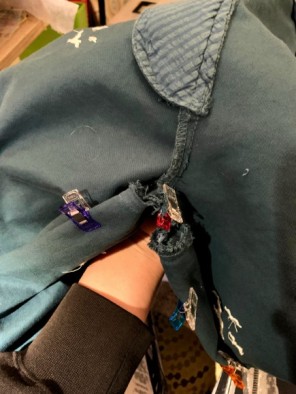 The crotch just never seemed to fit. The problem, I think, is that the crotch is just too long. I would try to raise this up and take volume out of the seat but then he couldn’t spread his legs more than a few inches or sit down, and I’d be left scratching my head.

In the end, we both tired of me fiddling around in his crotch (honeymoon’s over…) and I just sewed the seat back together almost exactly the way it was. At the very least, the waistband and legs will be narrower.

I didn’t cut the waistband but just sewed it together and left it folded over. I figured this extra fabric would make the fit even snugger. There were two belt loops in back that just came together and it looked pretty solid.

Eric was happy to have his bird pants back and even let me put him in a tie for a photoshoot. 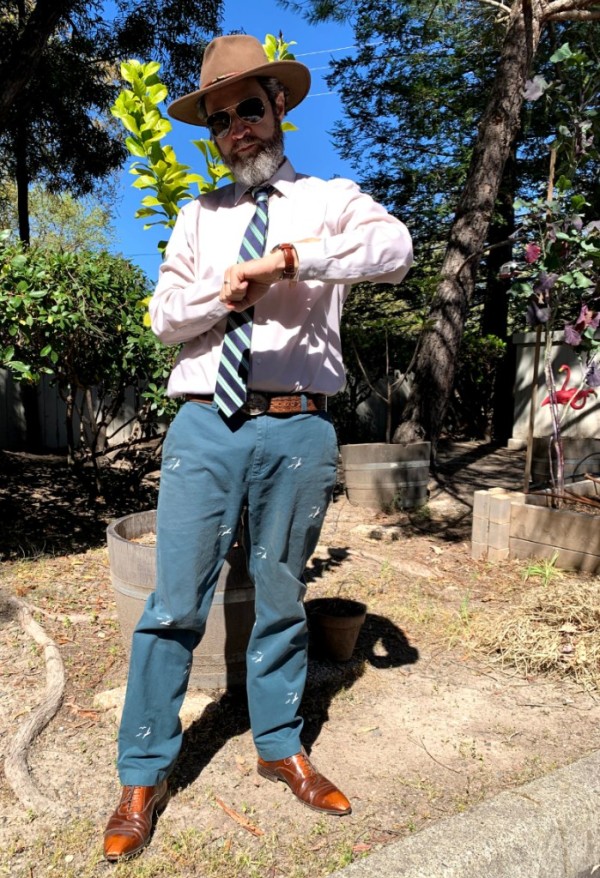 What time is it? Bird time. 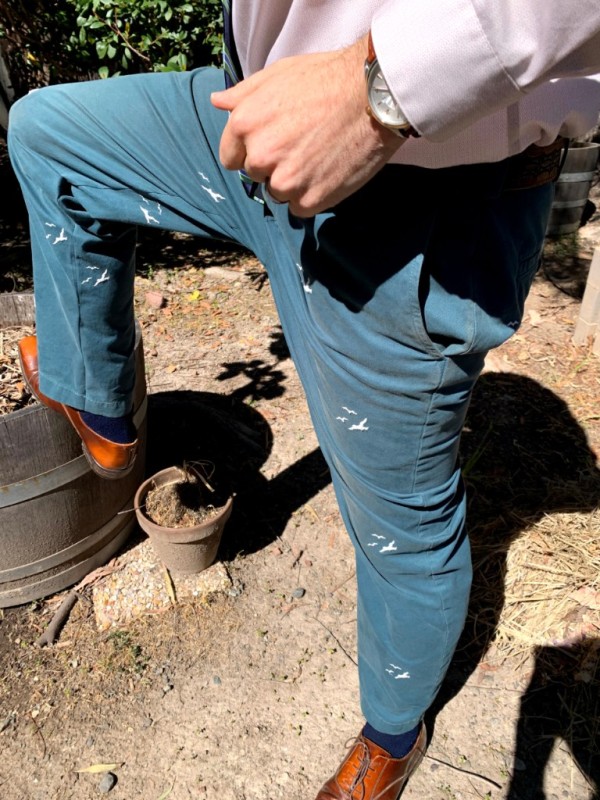 If you read my last post about plans for my next module, you’ll see I have planned to make some Closet Case Sasha Trousers. I’m sure those will be a master class in pants fitting and I will do a major facepalm looking back at this. Let’s hope. -rp