My husband’s birthday is this month and I wanted to make him a set of cozy pajamas. We may have snuck these in just before we have to regularly run the A/C! The fabric is a flannel from Joann Fabrics that I found to be much heavier than expected on arrival.

I’ve posed him here with my favorite stuffy, Colin the Kiwi, and my favorite back patio cactus flower that blooms once a year. It was crawling with hummingbirds this week!

This was my first experience with a Big Four pattern company! Everything I’ve heard from the Indies is true: great drafting, oversized, instructions on the sparse side. But it wasn’t as difficult as I thought it would be. Dealing with that awful tissue paper was the worst thing!  I feel like I remember my mom and nana both being frustrated with folding and unfolding the tissue. 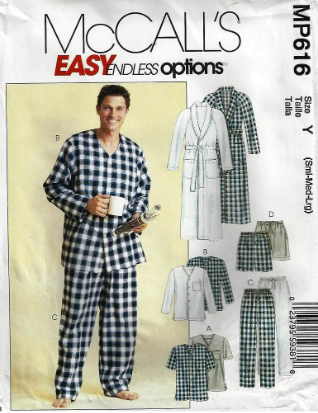 I found this McCall’s paper pattern on Etsy after a pretty thorough search for a short-sleeve and shorts pajama set in Indie-verse. My first choice of pattern was the free 5 out of 4 pajama pants that does have a shorts option. I printed it out and didn’t realize it was a trimless pattern until I had completely trimmed all the pages. For some reason I didn’t feel like printing it out again, and talked myself into the necessity of a pattern with a top and bottom and so ordered the McCall’s.  I’m sure I’ll make these 5 out of 4 pants in the future, though. 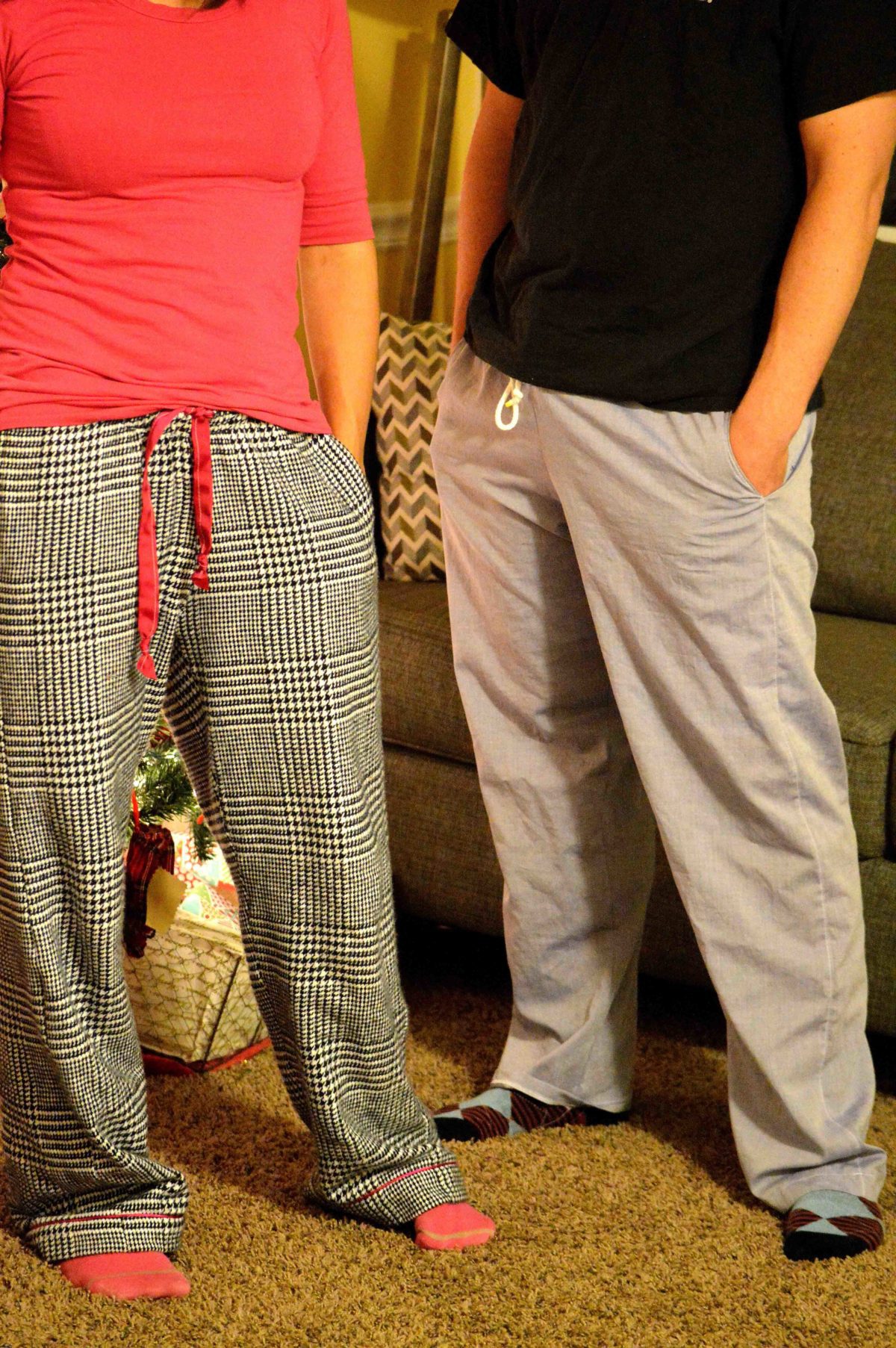 Once I had found the proper tissue pieces — which took forever — and cut them out, I tried a new cutting technique I picked up from the recent AMAZING Grainline YouTube series on the Hemlock Tee. Jen suggested laying the pattern on the fabric and tracing around it with a marking tool, then remove the piece to easily cut it out with your scissors. (I used tuna and coconut milk as pattern weights.) When I didn’t have to negotiate the paper, I was able to cut the fabric really cleanly. I’m definitely sticking with this technique!

Another technique I picked up on YouTube and used here was tailor’s tacks. I was concerned that chalk marks would brush right off this thick fabric and so sewed in tailor’s tacks for markings. Some of them fell out, so I need practice, but I can see it coming in very handy.

The waistband on the shorts was really something new for me. I sewed two parallel lines around the waistband, leaving one big opening, and then (painstakingly) threaded in two lengths of 3/8″ elastic and one drawstring. It made me appreciate the Pietra pants, where you just sew down 2″ elastic and don’t have to feed through all these things.

I got some more experience with my vintage Singer buttonholer with the buttonholes, which was fun. I’m getting less scared of it every time. But I blindly followed the pattern markings for buttonhole placement and I should have used some common sense. They are way too far inside the button band! Is this a thing with pajamas?

You can see above the pocket how I sewed down the far edge of the facing and it doesn’t look great. This wasn’t in the pattern instructions but I just didn’t think anyone would want to sleep with that facing moving all around inside their shirt.

One thing the Indies have over the Big Four is they tell usually tell you when and where you need to finish your seams. I don’t have the experience yet to be able to figure out which seams will still be exposed when the garment is finished. When all the sewing was done, I ran exposed seams through the serger but, as I’m sure you can imagine, they did not fit all the way to the ends under the serger and looked pretty ragged.

One thing I’m happy with is the curve of this neckline. This shirt pattern could easily become a baseball shirt in a different fabric with some piping around the button band, right?

Maybe I’m just thinking about baseball because this is my spring without it and I really miss it!

But back to the pajamas — I would recommend this pattern. I think it’s correctly advertised as “easy” and with “endless options.” Eric has not slept in these yet, so I’ll have to let you know later how that goes. Hopefully he doesn’t toss and turn too much and test the unfinished seams. -rp