I concluded my New Zealand experience with perhaps the most expensive mistake I have ever made. We had just finished unloading the camper van into our hotel room (our last lodging in New Zealand). Now we had to return the vehicle to Spaceships. I stepped off the elevator and, as I tried to shift my day pack from one had to the other, the van keys slipped out of my hands and dropped perfectly into the gap between the lobby floor and the elevator. They disappeared down the elevator shaft in slow motion as I howled “NOOOOOOOOOOOOOOOOOOOOOOO!” Rachel and the concierge rushed to my aid, unaware (as was I) that the problem was only just beginning. 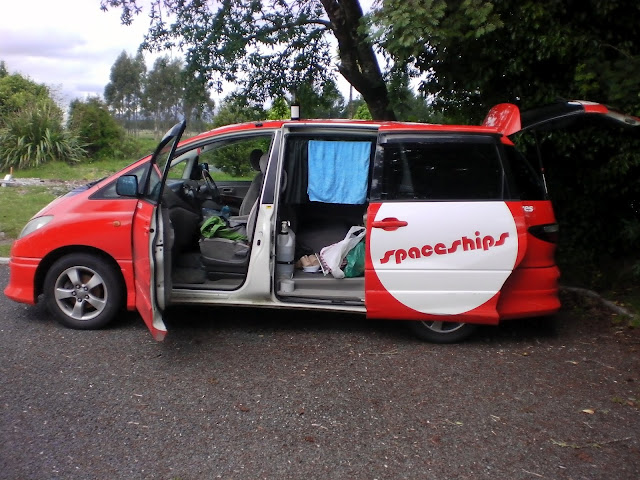 It was a Sunday. The elevator service people were not available, and would not come out unless an extortionate fee was paid. I called Spaceships, who told me, to my genuine surprise, there was no spare key to that vehicle. They held out a vague non-committal possibility that there may or may not be a key hidden somewhere in the vehicle, then advised me to rent the car for an additional day so the elevator service folks could retrieve the keys on the following day. So I did, not really seeing an alternative. After confirming the extension, we wandered out to the van to check on the parking fees and timetable for Monday. To my horror, we realized it was in a “clearway”, which is a no parking zone during certain hours on specific days. Today was my lucky day. Tomorrow was not. The van would get towed first thing in the morning — hours before the elevator service folks would even consider taking a call.

After a brief, but public, expletive eruption on the sidewalk aimed at the clearaway sign, I decided to call a tow company to get the van towed to Spaceships that evening. It was dark by the time the truck arrived. There was still the off chance that there was a spare key somewhere in the vehicle, and I had my head lamp at the ready as the gregarious, sympathetic tow-truck driver jimmied the lock for me. I spent a good chunk of time combing every conceivable hiding place for a spare key, knowing deep in my heart of hearts there was no such thing. Exhausted, defeated, I shut the door and waved to the truck driver, indicating the van was all his. I didn’t stick around to watch the towing process, but rather trudged grumpily back up to my lovely, unobstructed view of the Auckland sunset. 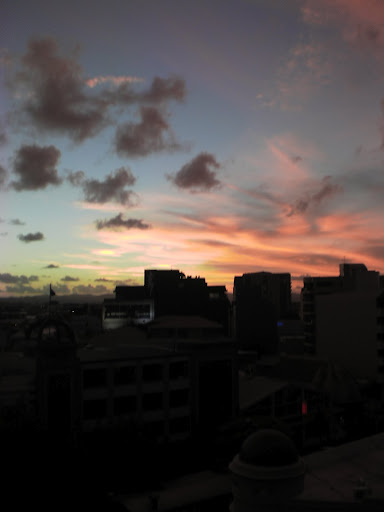 The next day, the hotel called the elevator service folks, who promised to be there sometime in the afternoon. Coincidentally, one of the other hotel elevators was not working so they needed to make an appearance anyway. I took this as a good omen. Seeing as no one was willing to commit to a specific time, we headed out to do a little shopping for gear, in anticipation of Thailand and beyond. When we returned, we were presented with the keys and informed that we would have to pay for the service. I lost my cool and rapidly devolved into abuse and pleading. What was so especially galling about it, apart from the fact that I had been hemorrhaging money for almost twenty four hours, was that this was a discretionary decision by a petty manager to pass the costs of an unrelated service call on to me. Besides, I was never told I would be responsible for the service call either way. The injustice of it all rang in my skull for hours.

We proceeded to walk down the street to the Spaceships booking office, to hand off the keys. In a fit of spontaneity, we booked an overland tour through Laos with Stray Asia (a hop-on-hop-off excursion owned and operated by the Spaceships people). We left in high spirits, hoping to put the whole mess behind us. To this end, we made our way to the casino underneath Sky City (the Kiwi Space Needle), where I promptly won back, in a single pull, most of the hundreds of dollars I had dished out while desperately trying to return our rental van. I almost wept with joy.

The next day we were in Bangkok. I checked email for the first time in more than 24 hours and saw something from Spaceships. They informed me that they had not received the key and had ordered a replacement made. Evidently whomever I had handed it over to had not reported back to HQ, and I was being charged for the lost key. I lost my cool again, this time separated from the object of my ire by thousands of miles of ocean. In the comfort of my two-bit backpacker hovel, I carefully crafted a reply, explaining the misunderstanding, reminding them that I had just booked a pricey Stray tour, and embellishing the sob story to date. I held my breath for several hours before I got a response. They cheerfully refunded my money, and then I passed out.